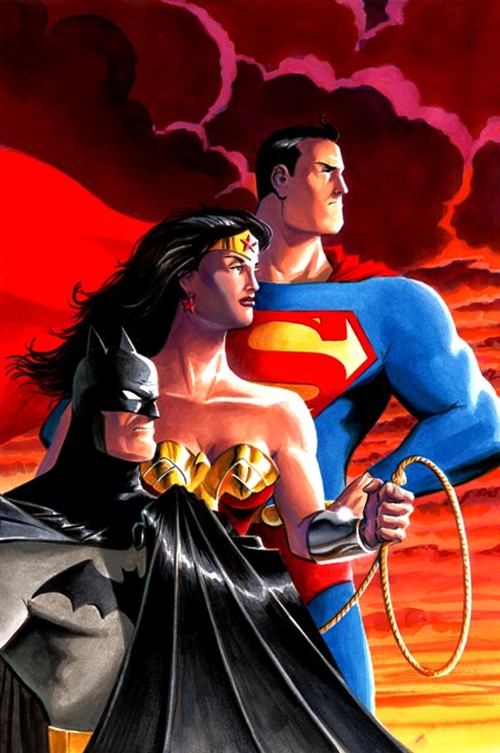 There is still around six months to go until the cinematic release of Batman v Superman, and already the hype machine has kicked into overdrive, and anticipation for the film from fans is at a fever pitch.

No matter where I look online, people are hungrily devouring even the slightest scrap of information about the film.

Ben Affleck rumoured to be on a set somewhere? A million hits.

Ben Affleck with his shirt off while taking a dump on a movie set that POSSIBLY MIGHT be related to Batman?!!?

Normally it would be a no contest. BVS would be the clear winner at the box office. 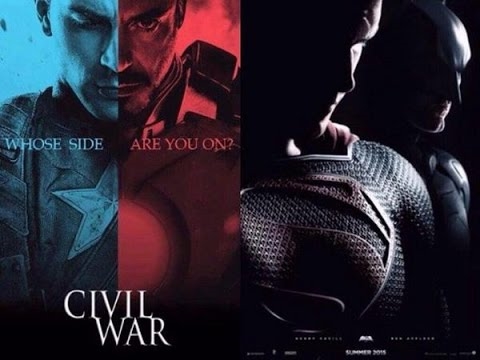 We’ve already seen two Avengers movies, and two Captain America movies. Both of which made good money. Both films now have legions of fan salivating for more. But any way you look at it, it is more of the same.

Except the part where Civil War is about Marvel heroes fighting each other. We have not yet seen that as the main plot of a Marvel film.

Sure every Marvel film has arguments and petty squabbles, but we are talking about fundamental disagreements in core values here. Funnily enough, that is the core of both Civil War and Batman v Superman – philosophical differences that lead to the inevitable punch fest.

Batman v Superman by contrast to Marvel’s films so far is something we have not already seen (except for the Dark Knight Returns comic book of course).

Marvel so far has had a fantastic run of films and its cinematic universe has been a big success.

But BVS is not just about Batman and Superman, we have Wonder Woman as the third main character, and the film is the launching point not only for a new Batman film, but the long anticipated JLA film and the entire DC cinematic Universe.

BVS is the equivalent to Marvel’s Iron Man in that the launching point that DC / WB hopes to launch its cinematic connected universe from.

The difference is that nobody expected Iron Man to be so damn good. Iron Man was a real crowd pleaser that did well with fans, the critics and even your Mom and Dad. In contrast EVERYBODY expects BVS to do well. No, better than that. Some predictions say that BVS will out gross Marvel’s first Avengers flick.

The danger in so much hype, in so much anticipation and expectations for one single film (BVS) is that by the time the official JLA film rolls around, will the non-geek crowd care? Even your grandmother has heard of Batman and Superman,
but how many non comic readers know who the Justice League are? Iron Man was fortunate to not suffer from too many expectations. Hell I didn’t even like Iron Man before Robert Downey steeped into that goofy metal suit.

JLA is a tough sell despite featuring so many iconic DC characters. But the Avengers were not that well
known before Marvel’s film to the general public.

The JLA first appeared in The Brave and the Bold #28 (1960). They are as old as the Avengers, but other
than Flash and Green Lantern, the rest of the JLA is a tough sell to the modern public. Batman and Superman get their own movie, and we all know who they are anyway. The challenge is selling every JLA member who is not Superman, Batman or Wonder Woman. Green Lantern had a crap film, while Flash is on to his second live action TV show in the last 30 years.

Avengers had public name recognition for Hulk and Thor, both of whom have been on Hulk television several decades ago, along with Daredevil. Although most people won’t remember or be aware of Thor and Daredevil being part of the Hulk TV show and TV movie.

Captain America has featured in previous movies (laughably bad movies at that) and ancient serials, before the modern Marvel films with Chris Evans arrived on the scene.

The Justice League by contrast are still relatively unknown. The JLA may have featured in numerous cartoons and animated movies, and be mega-superstars to comic fans old and new – but most non-comic reading adults have still never heard of them.

There is no “live action” mainstream TV precedent for the JLA like we had with the Lou Ferrigno Hulk, the Lynda Carter Wonder Woman or the George Reeves Superman. There have been numerous DC JLA cartoons, but mostly only kids watch them, non-comic reading adults don’t know a whole lot about them other than seeing action figures at the toy store etc.

The Justice League of America (or more often just “Justice League”) had predecessors in the superhero team of the JSA.

Later versions of some of these JSA characters would go on to be in various incarnations of the Justice League such as Hawkman and Wonder Woman. While the JSA were mostly forgotten for a number of years, they made a come back in the modern era thanks to fan favourite uber-writer Geoff Johns (known for his fantastic Green Lantern run, among other things).

If the JLA movie is a hit, we may yet see a Justice Society film, it only makes sense. Whether it would be it’s own brand, or simply have more of the JSA characters incorporated into the JLA #2 and JLA#3 is anybodies guess.

The JLA as a film I.P. have been in development hell for around 20 years, and now finally they have passed “GO”. They pulled a “get out of jail free” card from their collective asses, the actors are lined up to star in the JLA and spin-off films.

However we have yet to see whether JLA will truly be DC’s cinematic equivalent of the Avengers at the box office in dollars and cultural impact, and whether the general public connect with the characters like they did with Marvel’s family of characters.

Marvel has its “grand vision” and plays their movies more for fun, while DC has the “we’re super serious so don’t fuck with us” attitude and grim tone that Nolan and Snyder have established.

Avengers as a film does not pretend to be art or cinema, it just promises you a fun day out at the movies on a Saturday. DC films want to be taken seriously as “cinema” something the buying public does not give two shakes of a dead sidekick about.

It makes sense for the next Batman Battfleck film and Batman v Superman to be grim films, as it suits the character of Batman.

But what will the tone of the JLA film be?

Will it super serious and relentlessly grim, all flash and style, but little substance? Will it be another pseudo-existentialist film as Man of Steel attempted, but ultimately failed to be?

1: Create an awesome shared universe that people love and want to talk about, that you can launch other I.P from.
2: Have fun along the way.

I go to the movies to have fun, not to be depressed.

So while I am super-eyes-bulging-out-of-my-head-psyched for Batman v Superman next year, I hope that DC / WB does not make all their films the same tone, I feel that would be a big mistake.

I look forward to the first DC superhero comedy down the line.

Maybe it will be Plastic Man or Justice League International era Booster Gold and Blue Beetle in an 80’s set movie.

How good would that be? I don’t even LIKE those characters. But in the right hands it would could be a fun day out at the movies. Give it to Edgar Wright or another director/writer who can write hilarious dialogue.

My favourite version of Justice League International also sometimes had Batman as their leader. JLI was a laugh out loud funny comic that was closer in tone Marvel’s Avengers or Guardians of the Galaxy movies and it would make a FANTASTIC film if you ask me.

I hope the JLA movies do gangbusters at the box office, and I hope we see many more DCU live action films of exceptional high quality, that spin-off the likely success of JLA and BVS.

But please don’t let them ALL be super serious and grim!

**This is my 50th post here on this “Batfan on Batman” Batman Blog which has been around for over a year now  – so take a second to put your hands in the air like you just don’t care!**