While initially known for the Twilight R-Patz era, in The Batman (2022) we see a mature actor who has grown in several low key quality films such as The Rover and  The Lighthouse along with bigger commercial features such as director Christopher Nolan’s TENET.

In these films Robert Pattinson was able to showcase a range and depth to his acting abilities, to hone his craft and evolve beyond simplistic teen marketed films such as the Twilight saga.

From the opening moments the soundscape and dirty scratchy look of the film immediately grabs you. Rather than looking slick, shiny and homogenous like so many modern digital soul less films, The Batman evoked the era of classic 1970’s American Cinema. It felt wild, raw and untamed. This was no cookie cutter pipeline film.

The Batman (2022) was rough around the edges, it was for lack of a better word, a bit punk, a bit retro feeling. Not looking to elevate you into high rise Gotham penthouses, but drag you down into the muck, filth and depravity of a festering ruined city. A police procedural decorated sparsely with a bit of the old ultra-violence.

The grimy lived in Gotham City instantly brought to mind the scenery and mood from stone cold classics such as Scorcese’s Taxi Driver and Fincher’s Seven. In Taxi Driver we saw a filthy disgusting realistic New York of the Seventies, pre clean up and remodelling. This was the old decrepit decaying New York streets filled with pimps, hustlers, prostitutes, thugs and drug addicts. If the street folks didn’t kill you or rob you, then the abysmal never ending torrents or rain would do you in instead.

This richly detailed lived in production design and vast textures of the fictional New York in Taxi Driver would go on to influence dozens of films throughout the eighties. Even in films as late as the live action Teenage Mutant Ninja Turtles (1990) it’s influence can be felt.

The Batman 2022 draws on several key comics stories for it’s inspiration, among those influences Frank Miller and David Mazzucchelli’s Batman: Year One. (Year)

The Batman on a red stylized background motif, Selina Kyle with close cropped hair and tight leather stripper/hooker festish pants, second level apartment and best friend (a young underage Hooker in the comics) and the focus on mob boss Carmine ‘The Roman’ Falcone and Gordon’s suspicion of and later partnership with Batman are direct lifts from what is set up in Batman: Year One.

Shades of Year One were present in the Christopher Nolan Batman films, but it’s influence in The Batman is much larger. While being it’s own thing, The Batman is a good side story or complementary film to Nolan’s Batman Begins.

The core elements are there, it’s just a different storyteller giving you a new take on the classic elements with a different focus. If Batman Begins was like several issues of the core BATMAN comic book title, then the Matt Reeves’ film is a complementary almost parallel story running in sister title Detective Comics.

For once a modern Batman movie is actually a crime story, and we get to see Batman be a Detective / Manhunter on screen, something that is sorely lacking in nearly every live action depiction of Batman on film to date.

The classic buddy cop duo of grizzled veteran and the young buck is used well. Shades of Seven and The X-Files are present in Gordon and Bats on screen chemistry.

Taking the time to set the scene, with lushly decorated backgrounds full of grimy disgusting textures, there is no rush or A.D.D. manic cuts and edits here. The audience is allowed to linger in the crime scene, taking it all in with Gordon and Batman, putting the pieces of riddles together along with our dynamic duo. The sights and smells of the crime scenes bring on revulsion in the viewer.

In past  Batman films, Batman is not only an outsider, but he feels like this isolated anomaly apart from the world he inhabits. In The Batman  – perhaps for the first time in live action  -Batman truly feels a part of his on screen world.

Batman no longer feels out of place like a piece of computer clip art dropped randomly into some city or soundstage. Batman’s interactions with Gordon, his smooth transitions travelling around, in and under bowels of the city show us a character and presence that is at home in his own skin, in his city.

The Batman accomplishes this sense of Batman truly being a part of the world around him, while not neglecting to show how Bruce Wayne suffers and is alienated from normal life and relationships due to the murder of his parents that left him an orphan. The film does this with subtle small scenes and looks, and doesn’t beat you over the head with any of it, or play up melodramatic feel bad music, instead it SHOWS you on screen what our characters are living moment to moment.

The opening moments  of The Batman drop us right into the world, without any hand holding. Grungy Nirvana era backing music, layered with blunt force trauma sounds, dull thuds and reverb – mixed with a faux film grain and the bleak depressing desaturated moody color palette  of Fincher’s Fight Club and Seven (1995)  fgg

The  film has its own style, but it’s a laid back lo-fi casual style, not looking to be slick and glossy. Several parallel stories and sub-stories are competently told.

Is this  best Batman film to date?

Some would say yes.

The Batman 2022 is the closest in style to a hard boiled  Azzarello / Risso comic book story or to Miller / Mazzucchelli. Hard boiled detectives, crime noir and demented sickos…

Other influences include the popular Arkham Asylum video game series, with several gadgets and sequences being very close in style to those games, mainly in terms of the on screen hand to hand combat, and some of the promotional photography copies the style and poses of the Arkham game series media.

In The Batman we get to see fluid movement not unlike in the Arkham games. Thai elbows and knees flow into judo throws, a grapnel gun takedown and some ground and pound in the ju-jitsu mount position.

The majority of Batman films so far have really utterly failed to show any level of capable martial arts or fighting on screen, hiding behind odd angles and creative cuts – mostly due to the limitations of the bulky Batsuit – forcing the stuntworkers to use very fake combat moves that have no basis in reality.

With a leaner meaner Batsuit, the film gets to showcase a Batman who can actually move more like he does in the comic books and video games. Fluid and economical, with no wasted motion and no pantomime bullshit.

THIS IS MY HAPPY FACE

Gotham City is filled with crime and corruption at every level. Dirty cops, racketeer, mooks and mob bosses. On top of this the threat of super villain / terrorist psycho The Riddler.

The minimal yet engaging role of Oswald Cobblepot aka The Penguin, and the mystery of Selina Kyle aka Catwoman’s role mixed up in the middle of events, with Carmine The Roman Falcone’s presence lurking in the background like a grinning specter, a puppet master effortlessly pulling everybodies strings.

A surprising highlight of the film was Colin Farrell as Penguin. While not immediately recognizable, this is a fresh take on an old classic. Continuity wise this is Cobblebot yet to rise to power as one of Gothams organized crime overlords. His brief appearances are punchy, effective and entertaining.

“Whatever I know, whatever I’ve done, it’s all going with me to my grave” – The Roman

John Turturro as Carmine Falcone was another great casting choice. Turturro can do comedy, serious drama and just about anything. He gives the role some serious gravitas, and refrains from his tics, antics and cartoonish buffoonery that has defined many of his roles in recent years. Instead playing things subtle and low key. True menace hiding behind the  relaxed smile of a man who secretly owns and runs the city from behind closed doors.

“I have a thing about strays” – Selina Kyle

Zoe Kravitz as Selina Kyle aka Catwoman was an inspired choice. A sleek stunningly beautiful woman who inhabits the role with the raw sexuality the Catwoman character is known for. While many aspects of the character are lifted from Frank Miller’s Year One, the choice to leave behind Selina Kyle being a prostitue was a wise one, and  not essential to the plot of the film. Kravitz inhabits Catwoman like a second skin, making the role her own.

“I’m just an instrument, here to unmask the truth about this cesspool we call a city” – Riddler

The Riddler is an often unengaging character in various Batman media. The choice to make him a more demented masked Zodiac Killer inspired lunatic is an immediately attention grabbing device that works.

His Riddles and death traps evoke the best simple elements of Jigsaw from the SAW films, we hear his voice through speakers, phones and monitors. He co-ordinates his terror through the dark web using modern technology. A mix of sadist and terrorist, a fractured damaged psyche warped into thinking he is performing an exorcism of Gotham City’s hidden demons as an act of both personal revenge and public service.

Paul Dano makes good use of his voice pitch and tone – taking us deeper into the psychology, the pain, frustration and loneliness of this broken character. Riddler sees Batman as a fellow damaged soul, a contemporary who shows the world his real inner self by putting on a mask and costume.

The climax of the film, while a little bloated is different enough to the mini disaster movies within a movie that masquerade as a third act in seemingly every live action Batman on film.

The film leaves enough elements dangling as a tease for a possible sequel, but thankfully doesn’t require one to  make sense of it. The Batman (2022) is intelligent, thoughtful and most of all – engaging. 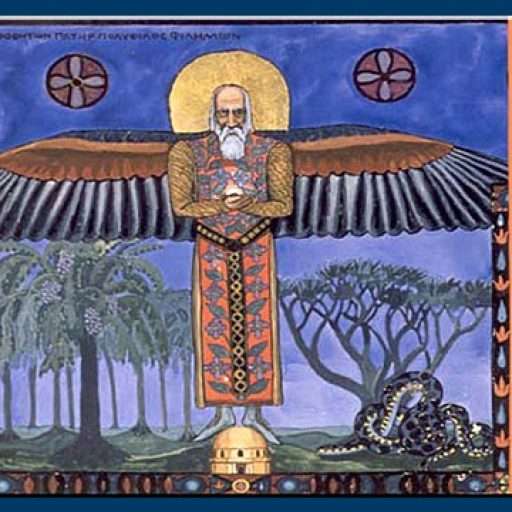 adamcrohn.wordpress.com/
The Christmas Spot
THE PRODIGY OF IDEAS

Geeking Out About Everything!